An execution stage can be defined as an isolated set of work that the processing framework is given to complete. 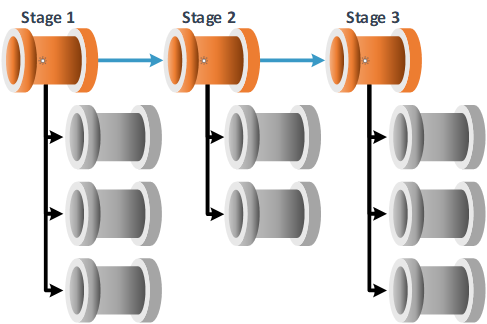 These sets of work can be considered in the following ways, or defined with these conditions: