If a worker pipeline does not complete successfully the processing framework can take several different actions. This behaviour is configurable via the database properties. At runtime the framework uses these property values in various locations when updating the current execution table to indicate to the processing framework what to do next. The following outlines a set of options that can be supported.

The primary property that influences this behaviour is called FailureHandling. In the event of a worker pipeline is failure:

The pipeline status is updated to ‘Failed’ in the current execution table and the framework carries on regardless. 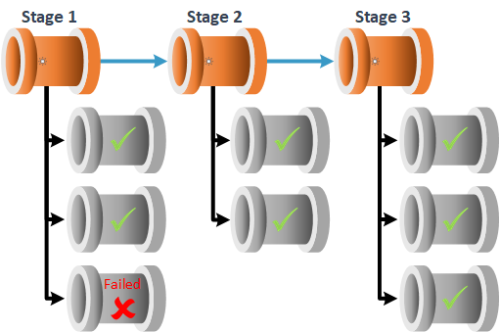 The pipeline status is updated to ‘Failed’ in the current execution table. Then all downstream execution stages are marked as ‘Blocked’ and the processing framework is stopped after the stage where the failure occurred has completed any remaining Workers. 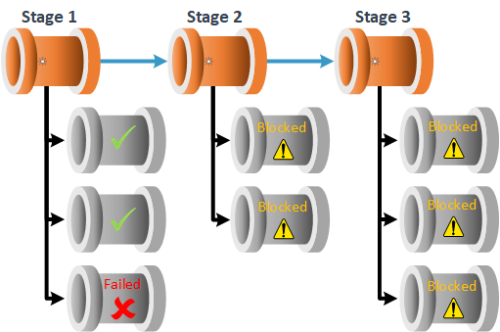 The pipeline status is updated to ‘Failed’ in the current execution table. Then only downstream pipelines are marked as ‘Blocked’ (using the [DependantPipelineId] attribute in the PipelineDependencies table). Once done, processing is then allowed to continue. When the next execution stage starts only pipelines not blocked will get a status of ‘Preparing’ and be allowed to run. Finally, the stored procedure [procfwk].[CheckForBlockedPipelines] will look ahead to the next execution stage and mark any further downstream dependant pipelines as ‘Blocked’, continuing the chain. For more details on creating a chain between worker pipelines in your metadata see Dependency Chains. 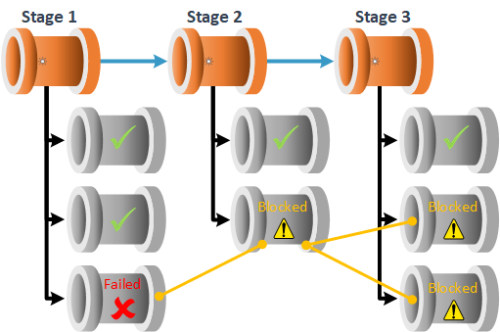 These behaviours are also repeated using the following configured properties where values are set to ‘1’, meaning true.

If these other pipeline status values have a property value set to ‘0’, meaning false, the framework will simply accept the outcome and carry on. Then once all execution stages are complete the overall framework run will be accessed as successfully (all workers succeeded) or failed.

For demonstration of this behaviour please view the following YouTube video. 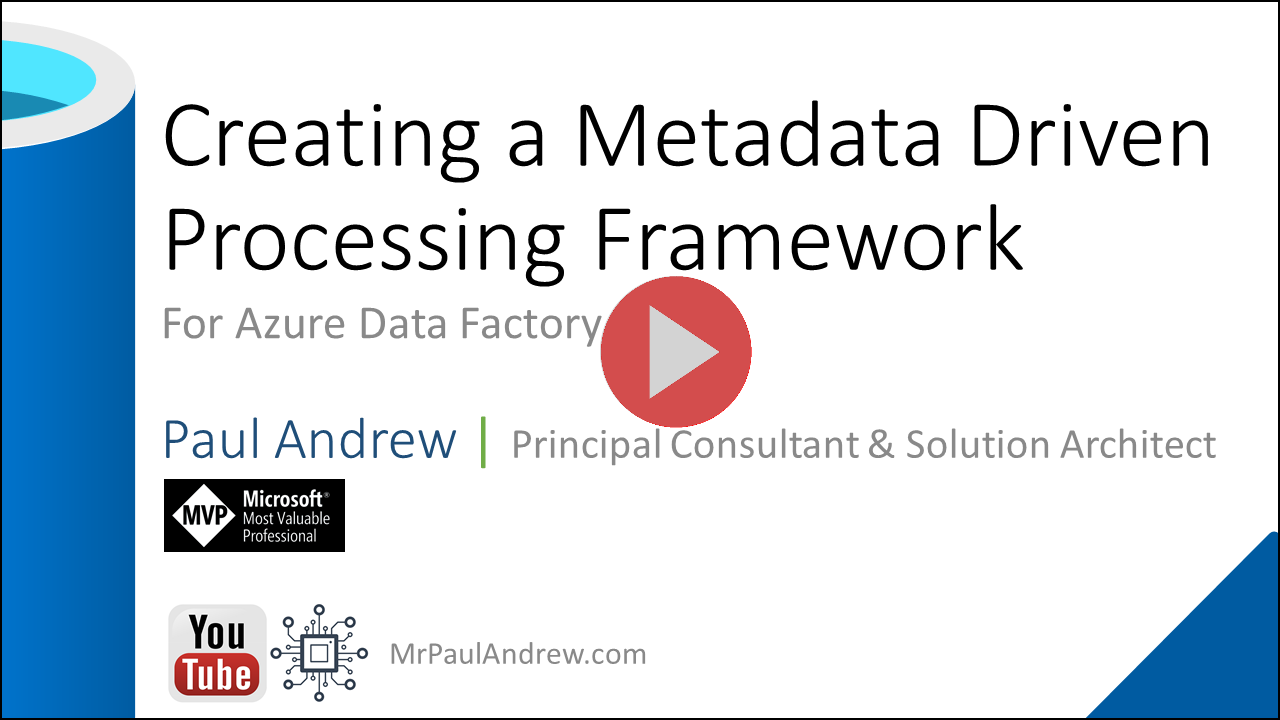